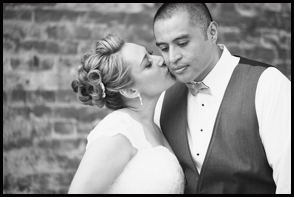 Diana and Fabian not only have a mutual love for each other but for the great city they grew up in… Chicago. The couple incorporated their love of the city with the grooms Mexican heritage to achieve their vision of a Mexican-American Urban Romance themed wedding. They thought of every detail while incorporating colors, traditions, and even scenic backdrops.

This lovely couple met back in 2007 while working as emergency RN’s on the northwest side of the city, but it wasn’t until October, 2009 that they had their first date. Fabian, an Army Soldier, was deployed to Afghanistan in 2008. While away, Diana and Fabian stayed in touch through Facebook and email. Their time apart gave them the opportunity to get to know one another. Upon Fabian’s return, he asked Diana out for coffee and since then they’ve had, what Diana describes as, an “adventurous and effortless relationship.”

The bride looked stunning in a Tara Keely gown. She purchased accessories from Bella Bleu, the Ariana Hair Ornaments, Marry Me Fabric Cuff, and Whitney earrings all by Justine M. Couture. Diana also wore a sash from Bella Bleu by Haute Bride. 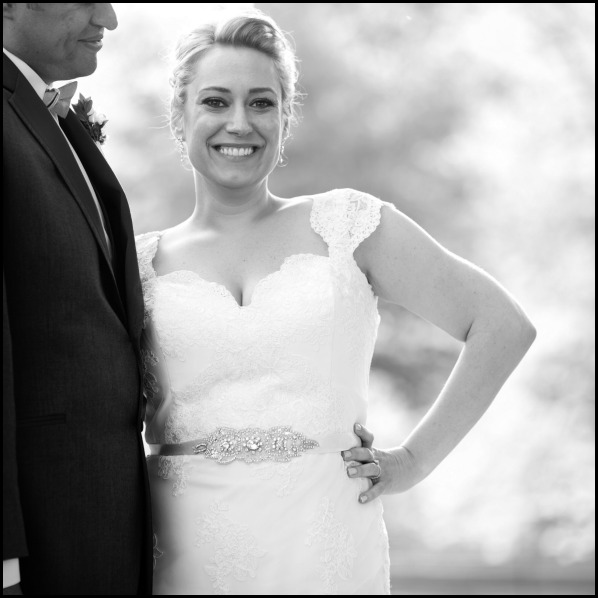 Diana and Fabian’s nuptials have been bittersweet. It has been a trying year for the couple with the passing of the bride’s dad in January and the groom’s grandmother in April. Diana says that “the challenges have proven we can handle anything together.” The bride and groom were able to pay tribute to Diana’s dad and Fabian’s grandmother throughout their wedding ceremony and reception. 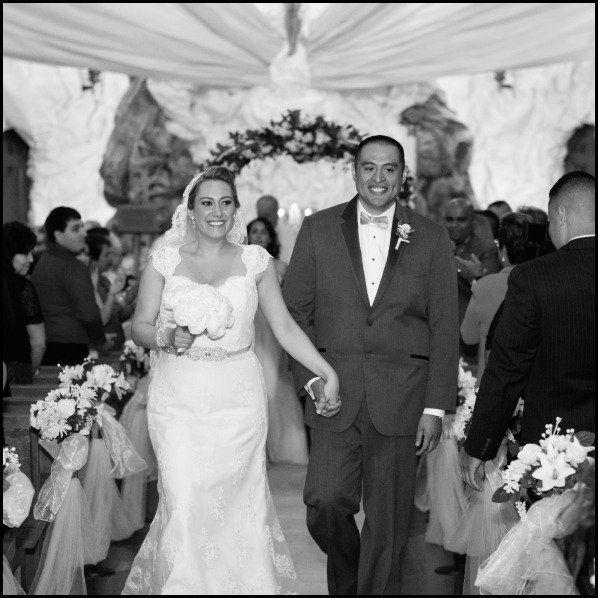 The couple chose St. Pius V Catholic Church in Pilsen for their ceremony. Fabian grew up attending St. Pius V with his grandmother. The ceremony consisted of a bilingual (English/Spanish) mass along with a mariachi band and the incorporation of the Madrino and Padrino Mexican tradition. 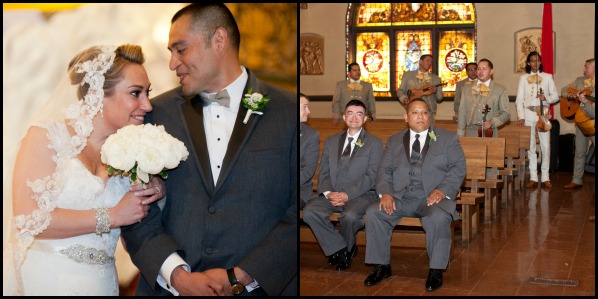 Pictures taken in Pilsen provided a colorful backdrop, and the Museum Campus and Grant Park showcased the urban nature and beautiful skyline of the city. 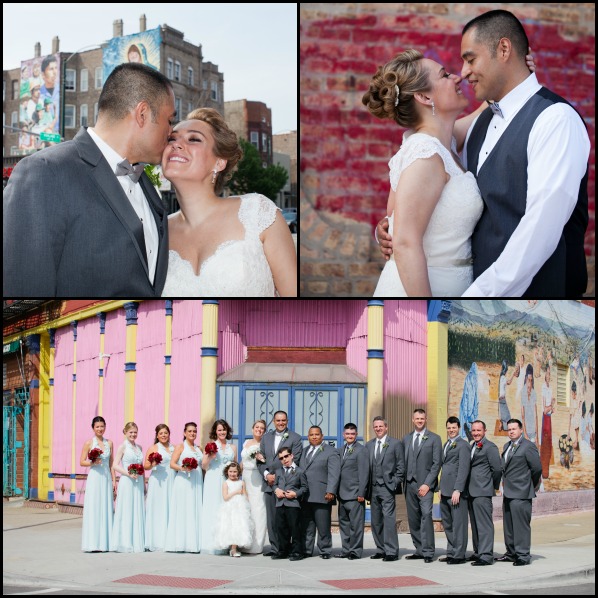 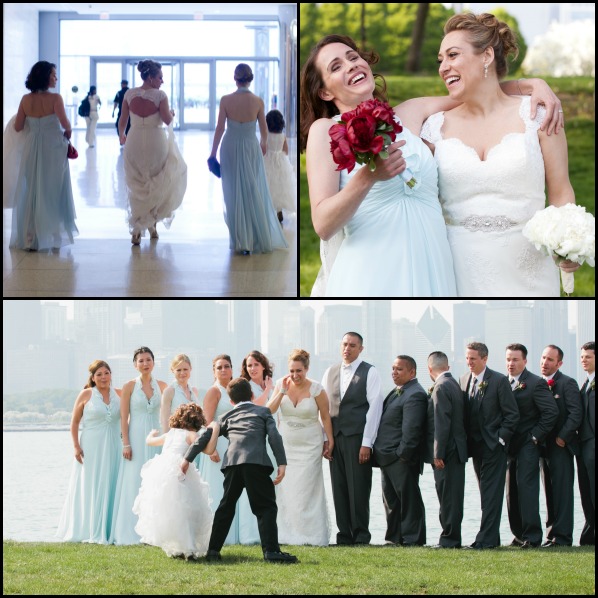 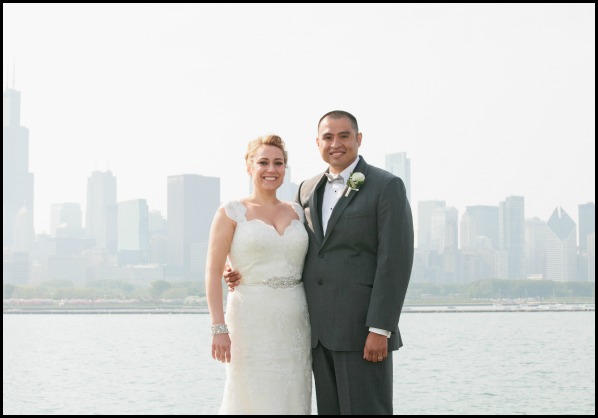 Diana and Fabian chose the Wolf Point Ballroom at the Holiday Inn Mart Plaza which provided breathtaking views of the city. The venue also provided inspiration for their Mexican-American Urban Romance theme. 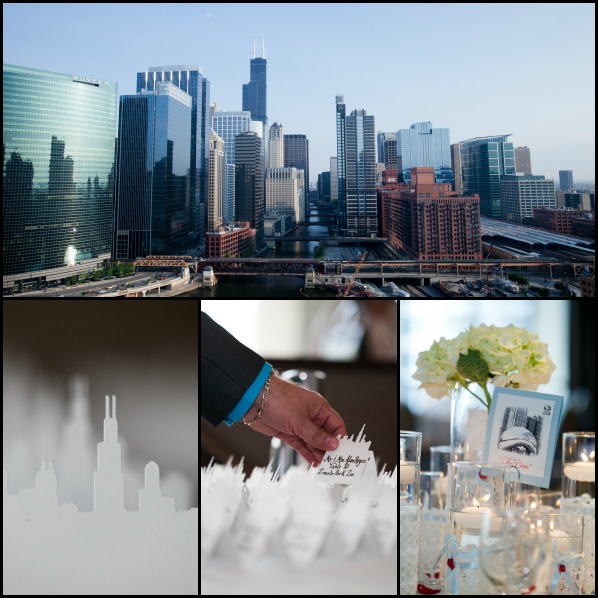 Tables were named after Chicago landmarks, place cards made in the shape of the city’s skyline, and the wedding colors were that of the Chicago flag.

Staying true to Mexican tradition, capias (corsages) were inscribed with the couples names and pinned onto guests. 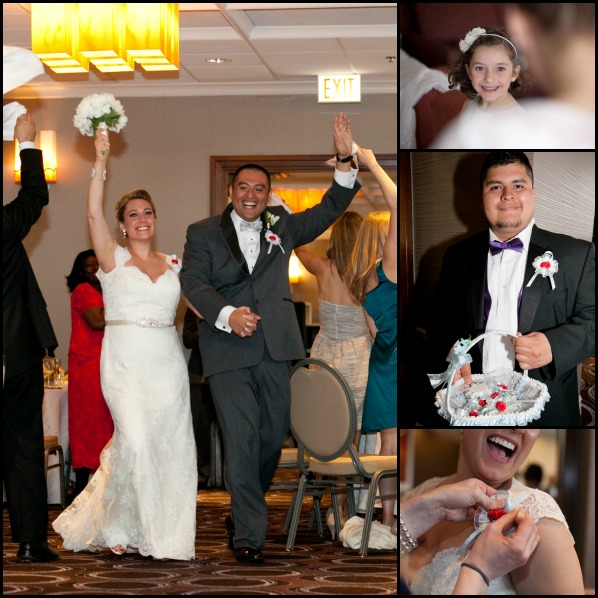 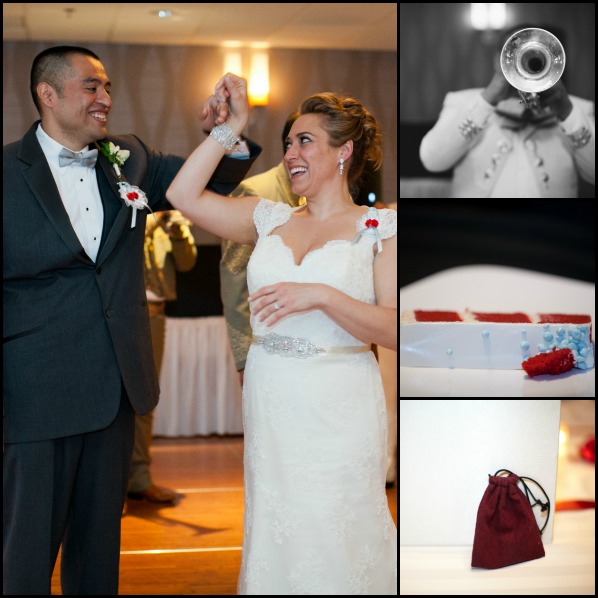 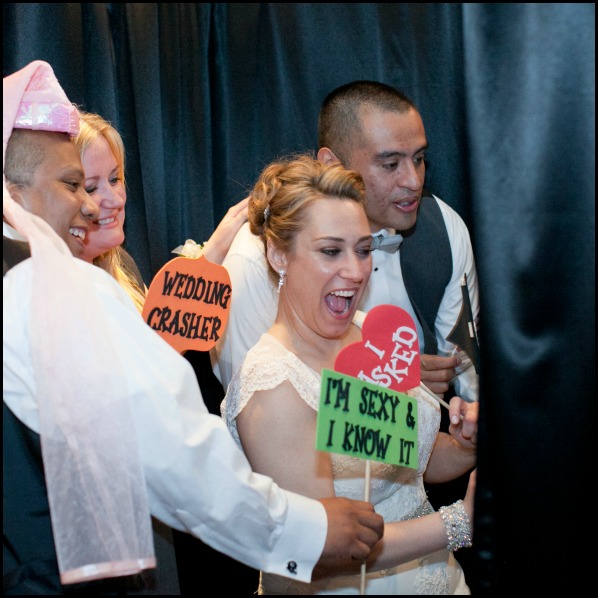 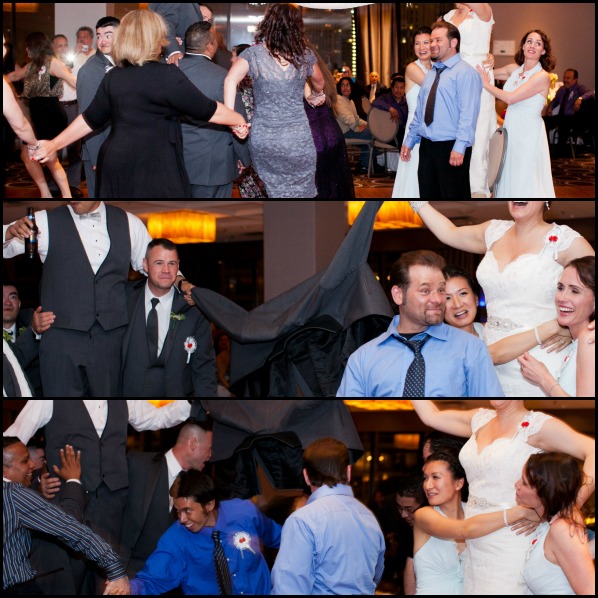 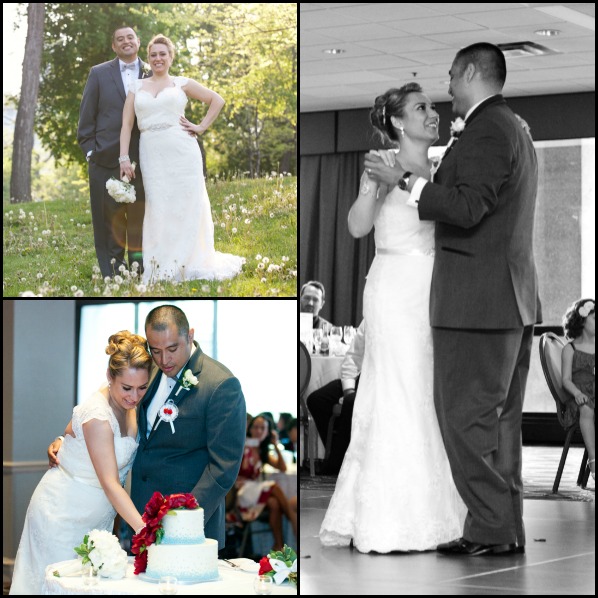 Congratulations to Diana and Fabian on their recent nuptials. Here’s to a lifetime full of love!

In the Garden of Love: Ashley and Jim

And They’re Off to the Altar: Anastasia + Joe