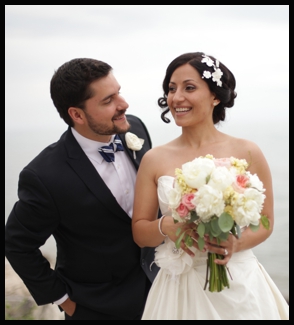 Once upon a time, Rhea went to Montrose Beach to play a casual game of soccer with a friend. Little did she know that her exceptional footwork would catch the eyes of her future husband! Felipe lost the game but won Rhea’s attention. Soon after, Rhea and Felipe were in love with one another… and the idea of an elegant, modern and understated wedding style. On June 23, 2012 their vision was brought to life in shades of pastels and expressed through cultural touches in their ceremony, music and menu. Their close family members travelled from abroad to take part in this stunning special day!
Rhea donned a gorgeous Paloma Blanca gown with an insert for the ceremony. For the reception, she went back to strapless and added the Sara Gabriel Sakura Comb to accent her updo. The bridesmaids were beautiful in matching long, navy dresses. 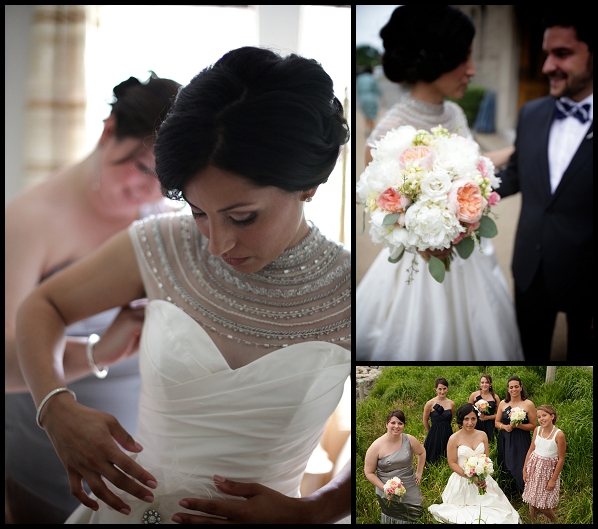 The groom wore navy and his men coordinated in gray suits with sleek navy ties. But the entire group made a fun style statement in turquoise and navy striped socks.

Rhea and Felipe said “I Do” at St. Andrew’s Greek Orthodox Church in Chicago, where they expressed their cultural heritage through the religious ceremony. 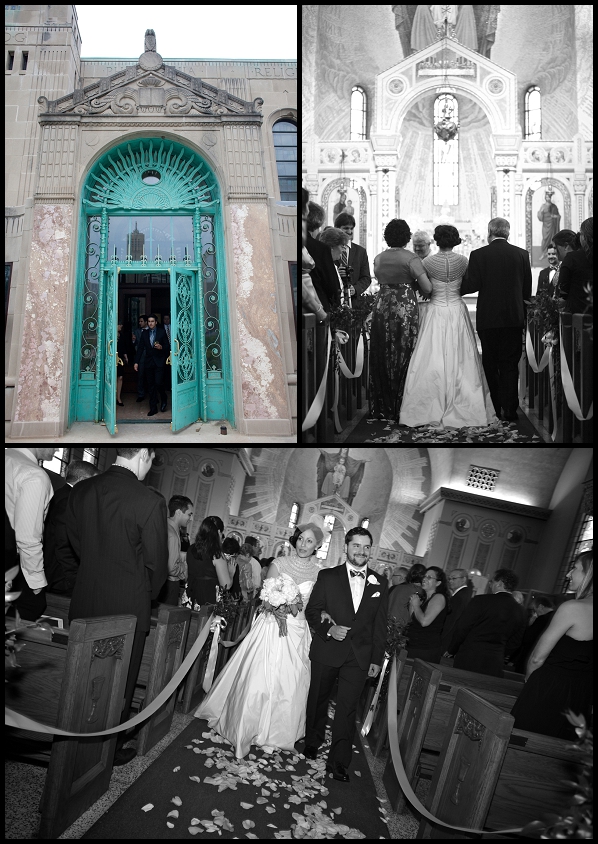 More cultural touches were integrated into the wedding’s entertainment, with a Flamenco guitarist playing during cocktail hour and a traditional Pontian Greek dance troupe performing for guests after dinner. 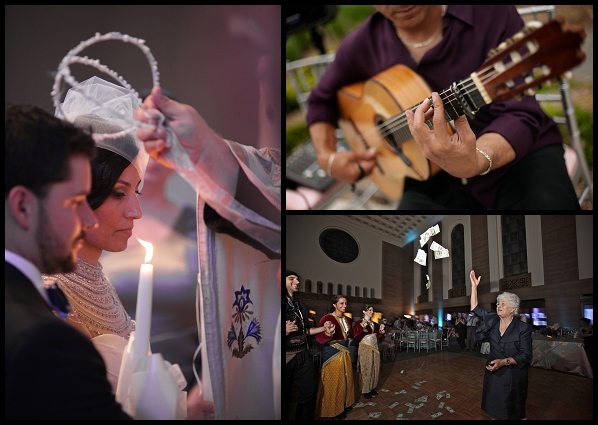 The couple drew their wedding style inspiration from the reception space, Donovan Reading Room of Cudahy Library at Loyola University Chicago. It is an art deco space with high ceilings and pastel stained glass, which translated into the their soft blue linens and floral arrangements in pastel pinks, yellows, whites, and gray/greens. 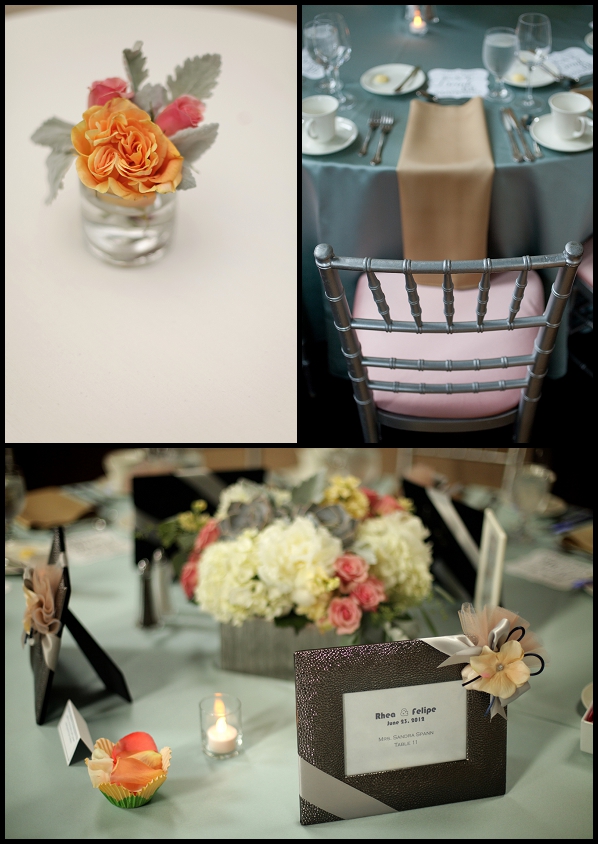 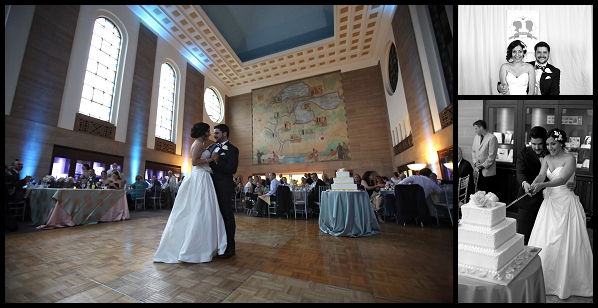 We wish this new Mr. & Mrs. a very happily ever after!

A Pair in Paradise: Charisse + Cortez