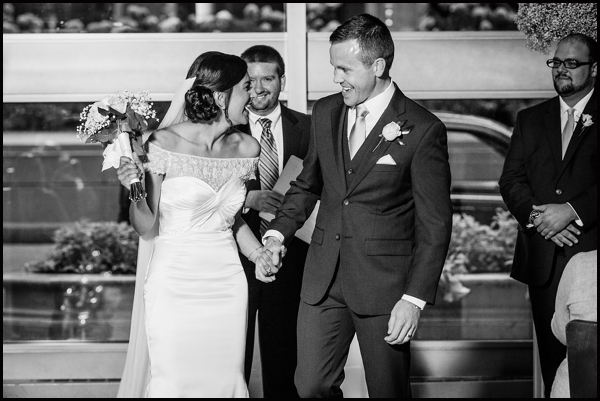 Daren and Reem met in Rochester, NY in 2010 while working for the same company. They made an instant connection and quickly realized hoe much they had in common. Among many other things, the two were both from Illinois, had gone to college just five minutes away from each other, and had some mutual friends- what a small world! Throughout the next couple of months, they became great friends. The friendship blossomed into romance shortly after Daren asked Reem out. Soon after dating, Daren was relocated for work. The two underwent long distance dating for a total of 4 years out of their 5.5 year relationship. Daren popped the question in June of 2015 in the South Garden at the Art Institute of Chicago. It was beautiful! He hired a photographer to capture the proposal to which a perfect engagement photoshoot followed. 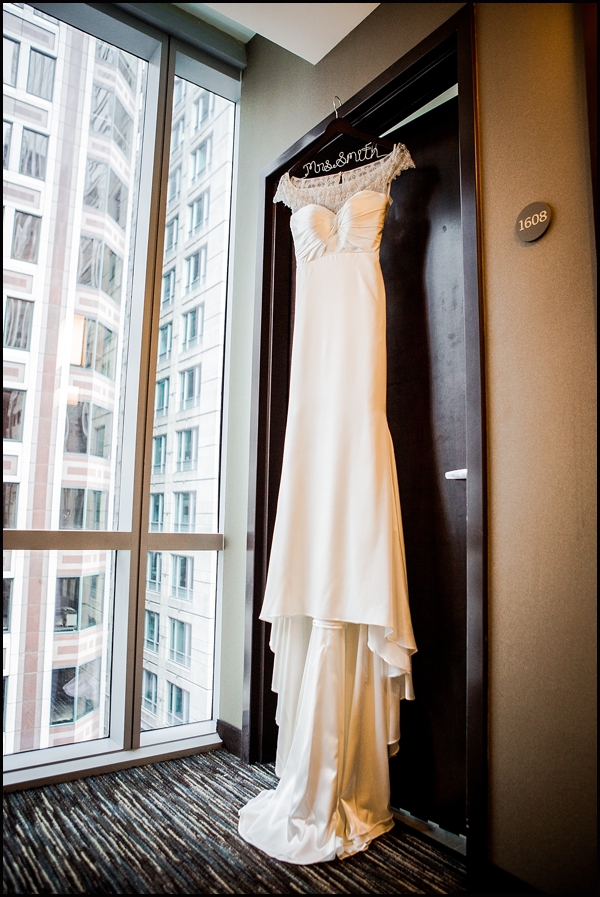 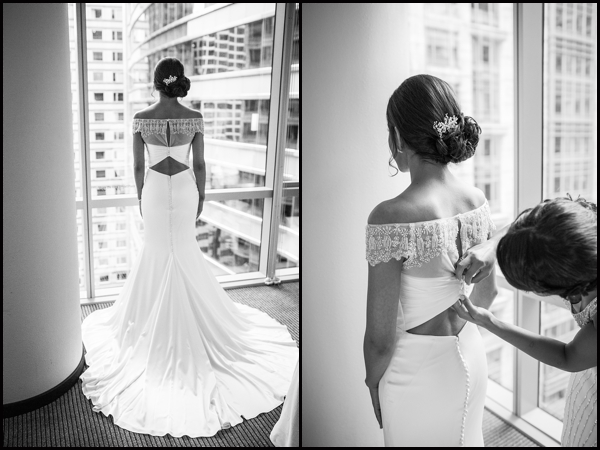 Hair for the bride: Cathy Battistoni 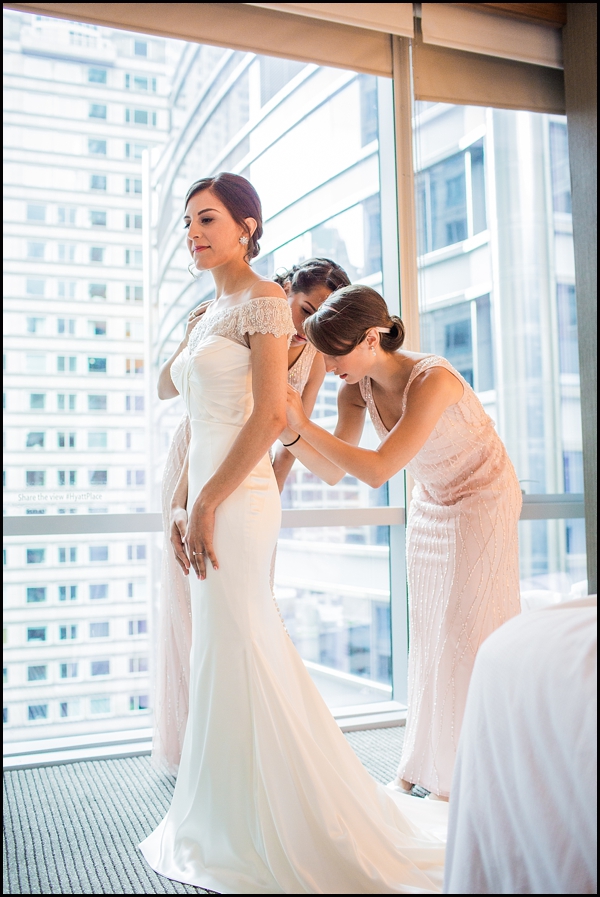 Hair for the bridesmaids: Lea Lloyd; Make up: Mollie Akhaven 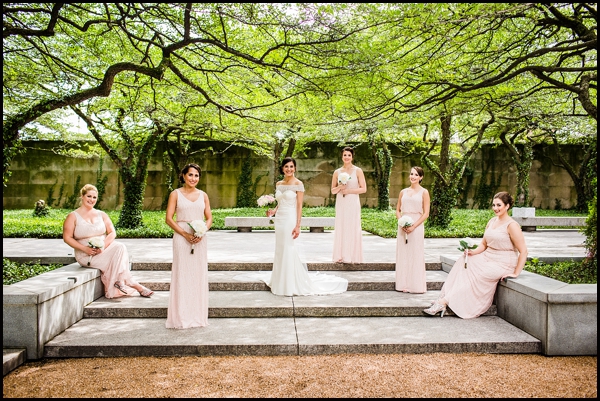 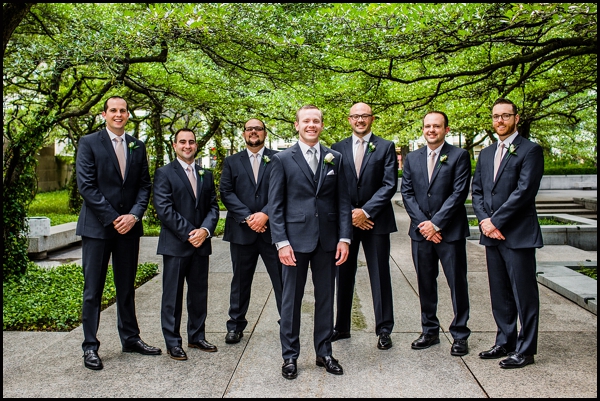 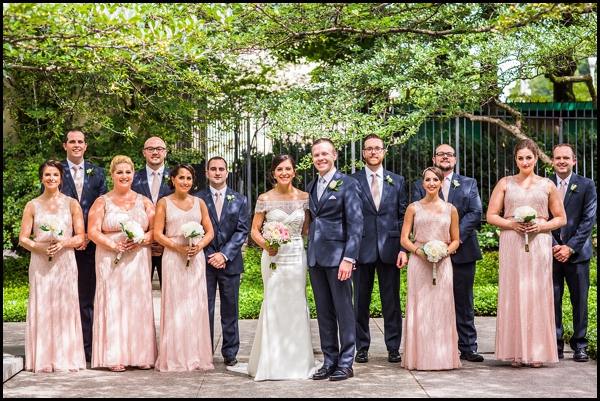 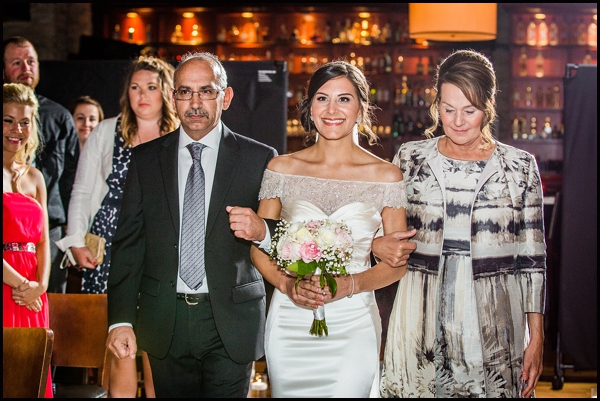 The beautiful bride and her parents escorting her down the aisle. 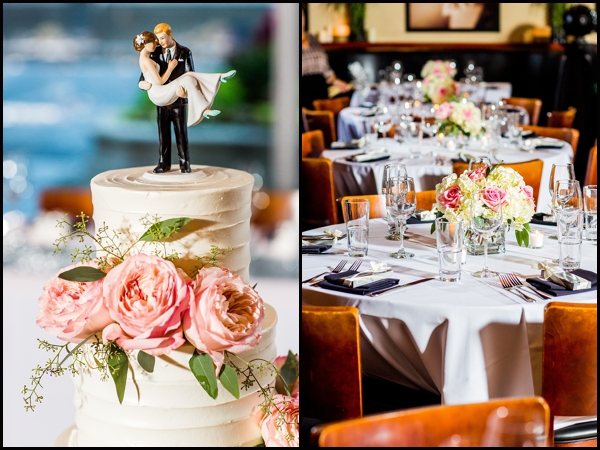 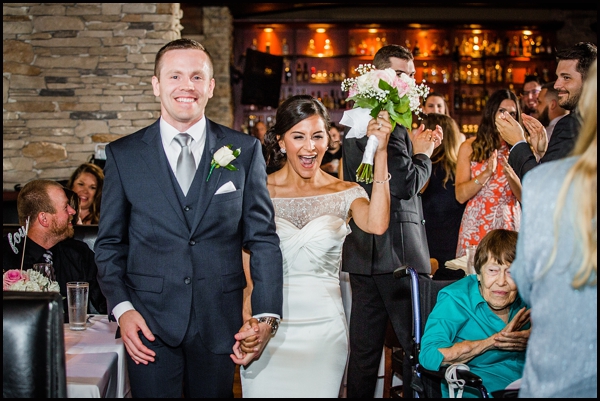 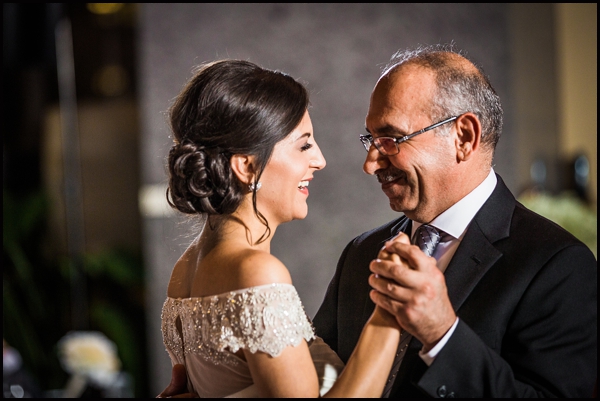 Venue for ceremony and reception: One North Kitchen and Bar (Chicago) 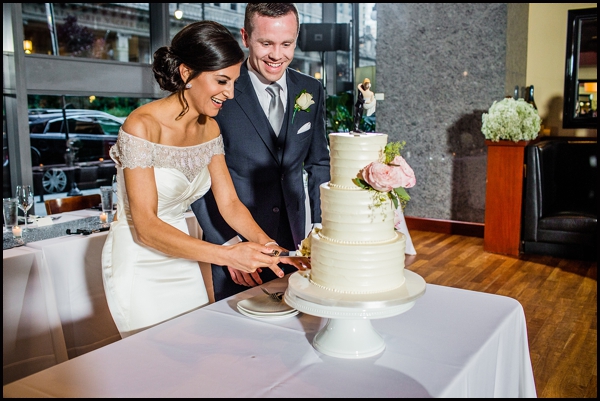 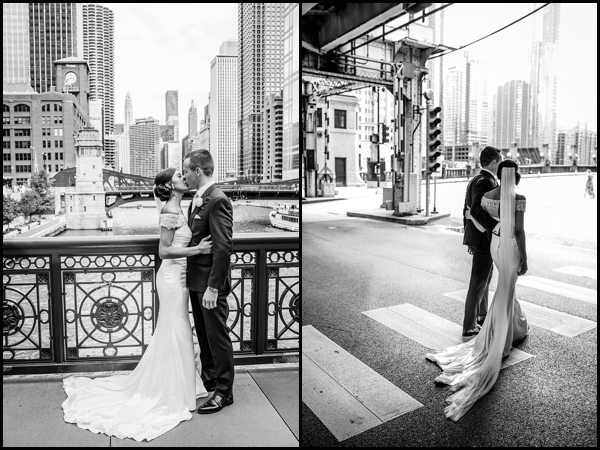 The ceremony and reception were at the same venue (One North Kitchen and Bar).

It was the first ceremony they have ever held.

Reem and Daren had 93 of their closest family and friends attend the wedding. 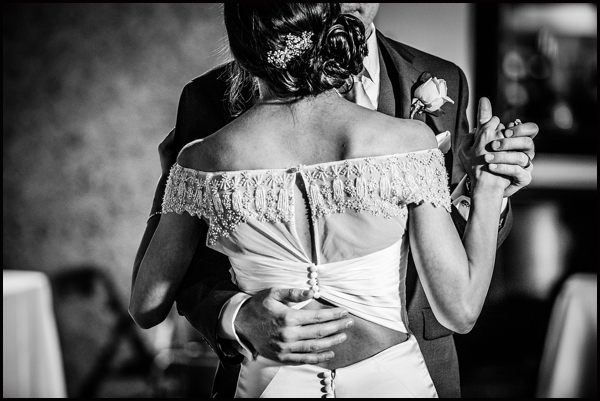 There were many things that made Daren & Reem’s wedding very unique and special. Reem’s bouquet had her late aunt’s ring placed in the middle of it, ensuring she was there with her when she walked down the aisle. In addition to meeting her husband at work, their officiant is also a great friend of theirs that they met through work in NY. He did an amazing job making the ceremony personal, funny and sweet all at the same time! They even put a selfie stick on each table so all of the guests could take pictures together and get to know each other more. They were a hit! Such a fun idea! Reem’s four “somethings:” Something old was her late aunt’s ring. Something new were her gorgeous Haute Bride earrings. Something borrowed was a white handkerchief that her mother gave her and will be passed down to her sisters to use on their wedding day. Something blue were the bottoms of Reem’s wedding shoes. The happy couple couldn’t have asked for a more perfect day, and Bella Bleu couldn’t be more thrilled to be a part of it. Thank you SO much Daren and Reem for sharing your special day with us. Cheers to a lifetime of love and happiness!

Made With Love Bridal-Now at Bella Bleu Bridal!